Why Are Pastured Meats SO Expensive?

We’ve all read something about the higher nutritional profiles of pastured meats.  But then we look at the price tag and we hesitate.  It’s expensive.  Trust me, I suffered the same hesitation!

As you’ll see, the cost of pastured meats really is the “true” cost to produce quality pastured meats.  For the sake of keeping this somewhat short – I’ll examine only beef today!

Why?  Do you really want to know?

Antibiotics cause cattle to grow and fatten faster.

Antibiotics also help to prevent the spread of disease in crowded and sometimes unsanitary conditions.

Cattle in feedlots are finished for 3-4 months on corn and soy.

This fattens them up quickly.

Because they fatten faster, more animals can be finished in less time.

Why don’t these inputs drive up the cost of beef finished in feedlots?

Cheap oil – The low cost of fuel in the US means that it is more affordable to apply fertilizers, herbicides and pesticides to crops.  Italso makes it cheaper to ship these grains around the country to feed livestock in confinement.  (Fuel in the US is some of the cheapest in the world.)

Land requirement:  only about 1 acre of land is required to house about 100 head of cattle in a feedlot situation.  More cattle are finished on ridiculously small quantities of land.

The cows are eating grass right?  Doesn’t the grass grow back again and again?

Well, yes and no!

We aren’t paying for the corn and soy or the antibiotics?  Shouldn’t it be cheaper?

No!  There’s more to it than that.

Land:  Depending on what part of the country, the weather, and the condition of the land, grass fed cattle require at least 1 acre  of land per cow.  That’s right!  And around here in beautiful Halifax County, we need more than that.  Summers tend to be dry and too many cows quickly stress the land, reducing the available forages for the cows.

I’m still working out exactly how many cows we can graze here, but I think it is closer to one cow per 3 acres today. (We are working diligently to improve pastures and increase the carrying capacity so we can raise more beef.)  The bottom line is that if one overgrazes a pasture, there is no grass and it takes time for that pasture to recover, hence careful management is a must.

Fencing:  In order to properly rotate the cattle (rotation prevents overgrazing of some areas and under-grazing of other areas of pasture) we need fence.  We use permanent and temporary fence to move the cows.  The fence requires maintenance (imagine weed whacking miles of fence line – no Round Up for easy weed control), repair – I recently had to remove 5 fallen trees from the fence, and sometimes replacement – temporary fence is less durable.

Time:  It takes longer to finish cows on grass!

For us it takes 24-32 months to finish a grass fed beef animal, compared to 12-15 months for feedlots.  And since we breed our own beef animals we have the added requirement of grazing or haying our breeding stock year round as well – which takes us directly back to the land issue.

It takes time to move the animals from pasture to pasture and to move smaller numbers of animals to the processor and to pick up the packaged meats.

Time must also be considered for direct sales.  There is little profit for the farmer in selling wholesale to groceries such as Whole Foods.  To be profitable with this kind of wholesale market the farmer must have a very large number of cattle to sell (requiring more land and fence + more cows), which allows him/her to sell at a lower price.

Costs of cheap fuel  – this includes the cost of US government activities overseas which ensure the price of fuel here in the US stays artificially low (The US enjoys cheap fuel prices compared to other countries where more folks use public transportation, walk or ride bikes to avoid the expense of driving).  Think of the war in Iraq and all the other mess in the Middle East – much of it is tied to oil in some way.

Use of your tax dollars to subsidize industrial production of meats.  Corn and soy…

Environmental impact of feed lots (think massive quantities of manure that have to be handled in manure pits).  Erosion caused by millions of acres of corn and soy grown just for animal feed.  The massive quantities of herbicides, pesticides and fertilizers used to grow the corn and soy are poisoning not only humans, but the earth.  I almost forgot to mention the water used to irrigate all that corn and soy.  According to Scientific American, roughly 40% of American corn is used for ethanol production and 36% for animal feed.  That means only 24% is used to feed people.  Other estimates have nearly double that quantity of corn going to livestock feed!

When it comes down to it, raising food the right way simply takes more of many things.

More time, more land, more management, more farmers who really care about the health of the earth and environment.

REAL FOOD - What is it to YOU? 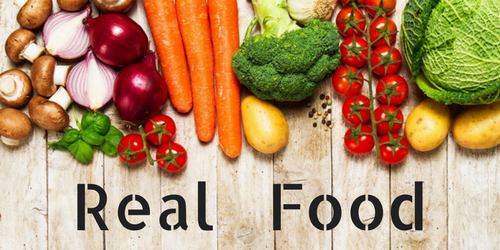 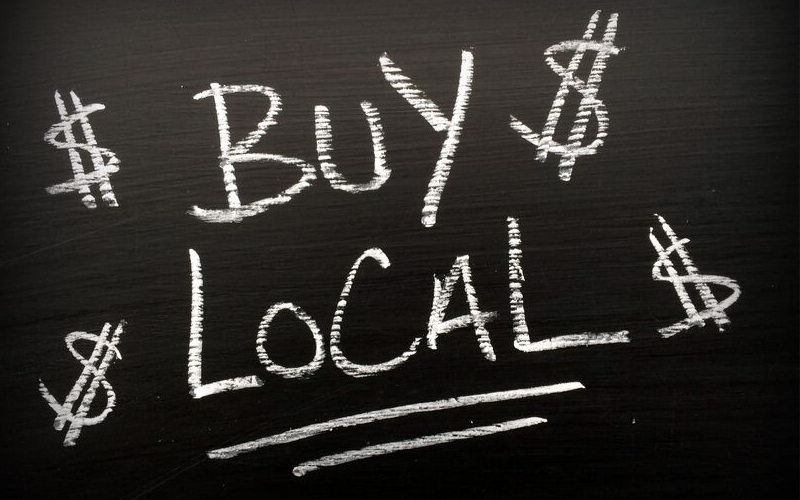