The Devastating Effects of COOL - Country of Origin Labeling

I'm sitting here with Carmin as she works on her math assignment.  I'm wondering exactly where to go with this blog post.  I know what I want to write about, but sometimes getting the idea out of my brain and, well, not on paper, but into a blog post, is difficult.  I like to over think these things.

I want to talk about why you should buy your meats locally.

What it boils down to is that when you purchase your meat from the grocery store (or really from anywhere that you have not visited and verified), you cannot be certain that you are buying meat that was RAISED in the USA.

But, it says "Product of USA"!

Right?  Doesn't that mean that it was produced right here in the USA?  Well, the short answer is, not necessarily.not

Country of Origin Labeling, aka COOL, allows for the importation of muscle cuts of beef and pork and ground beef and pork.  This foreign meat is then repackaged in the USA and labeled as "Product of the USA."  That's right!  Your meat could have been produced in China, Brazil, South Africa, France, anywhere.

This bothers me.  For so many reasons.  The first of which is that I believe we have a right to know where our food originates.  We have a right to decide where and how we want to spend our money.

Thirdly, COOL is having devastating effects on American beef producers.

The USDA has the following to say about the costs and benefits of removing country of origin labeling requirements from beef and pork:

"The estimated economic benefits associated with this final rule, previously assessed as costs, are likely to be significant. The estimated benefits for producers, processors, wholesalers, and retailers of previously covered beef and pork products are difficult to assess, as they are essentially the converse of the costs attributed to the 2009/2013 rules.. However, the benefits from incremental cost savings are likely to be less than the cumulative impact of these rules, $1.8 billion, as affected firms have adjusted their operations to accommodate COOL requirements more efficiently since implementation of the initial COOL measure in 2009, and the amended measure in 2013. A complete discussion of the cost and benefits can be found under the Executive Order 12866 section."

The way I read this, is that the benefit is entirely to foreign producers and American meat packers.  The cost is entirely on American cattle producers.

The below timeline demonstrates the immediate and devastating economic impact of COOL on the American beef industry:

2014-15 - Prices for cattle from American farms reached all time highs as retail beef demands produced upward pressure on the American beef market.
2015 - Elimination of COOL (country of origin) labeling resulted in imported beef carcasses flooding of the domestic market.
2012 - 2018 - Retail prices of beef increased from $4.69 per pound to about $5.69 per pound.
2016 - 2018 American beef demand increased by 15%
2016 - 2019 - The domestic cattle market began a steep and continuing decline in price, though retail prices increased and retail sales of beef remained and continue to remain steady.
2018 - Meat packers recorded record profits as a result of cheap imported beef, which directly results in the continued lower prices of domestic cattle.

Where is this profit going?

It's going to the meat packers and to foreign producers.

The effects of this are devastating to the American cow/calf producer.

My own neighbors are feeling the burn.  When it costs more to produce and and transport a calf to the sale barn than the farmer will get paid for that calf, farming is no longer worth it.

I've been watching as prices for heritage breed cattle also decline.  Many farmers are selling entire herds of cattle.

The difference between the price that American cattle producers receive and what consumers pay retail for beef  is now the largest in American history.  The spread was $2.29/pound in 2012.  At the end of 2018 it was $5.91/pound.  How can this possibly be explained given that the price of American cattle is so much lower today than it was in 2012?

Monoculture is the cultivation of a single crop in a given area.  I think this applies to livestock as well.  After all, dairy cattle, beef cattle, laying hens, pigs, they are all breed to produce a very consistent product.  They look the same, they grow the same, they taste exactly the same.  As an example, dairies raise two breeds of cattle (generally speaking) - holstein and jersey.  Grain farmers grow corn, wheat, and soy.  The animals, like the crops are bred to produce consistency.  This limits genetic diversity, putting entire animal and plant populations of animals at risk of disease.  It's happened before.  Think of the potato famine.  Heck, it's happening now as African Swine Flu rages through China and other countries.  More than a million animals have been infected and destroyed.

Most of all, we need to save the farmers who understand how to grow these things and why we need to.  We need to save the small farms where these animals and plants thrive.  And to do this, we need to support them.  That means that you and I (I'm by no means innocent) must buy our food from our local farmers.  There is no other way to be certain that your food is local, that it is American.

These ideas do not apply just to farming.  I can well imagine the many other industries that are suffering as foreign products take over the shelves in our great country.  The impacts are devastating.  Just imagine, how many mom and pop shops closed their doors after Walmart, Target, Lowes and other giants took over towns?

Get to know local business owners.  They will thank you for it!

Make Bone Broth in a Pressure Cooker or Insta Pot 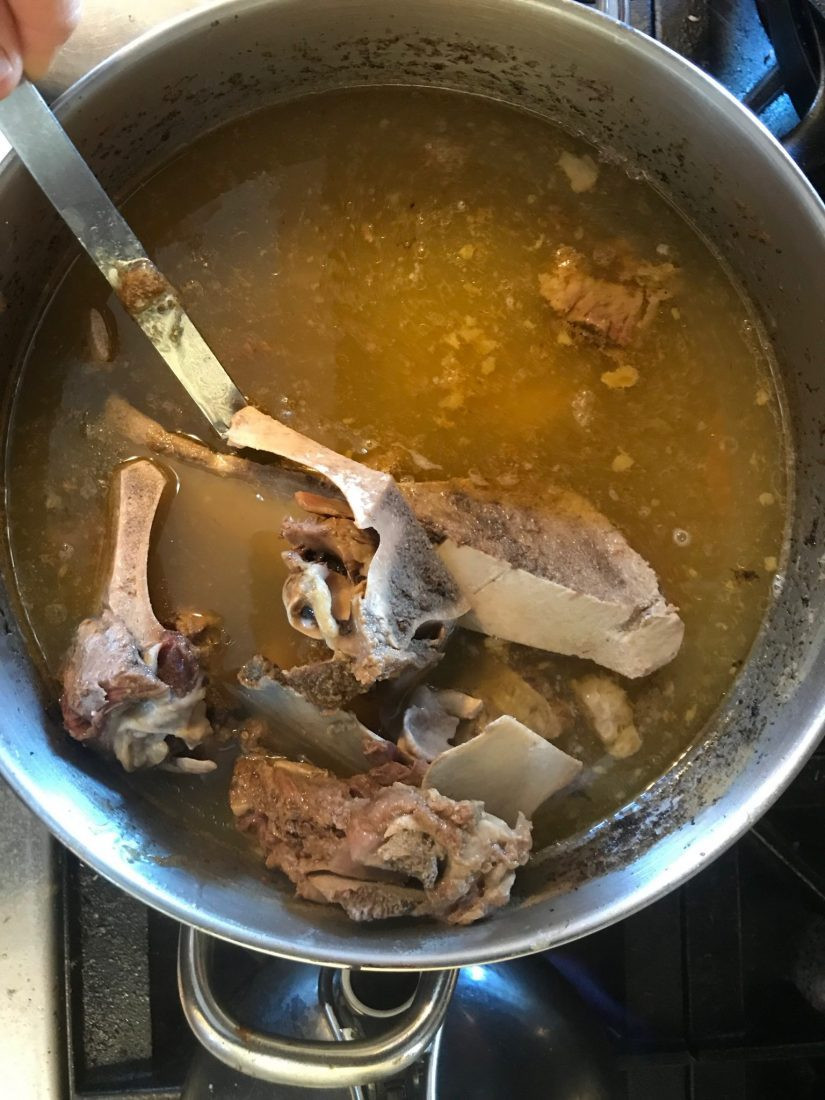 Your Guide to Making Bone Broth 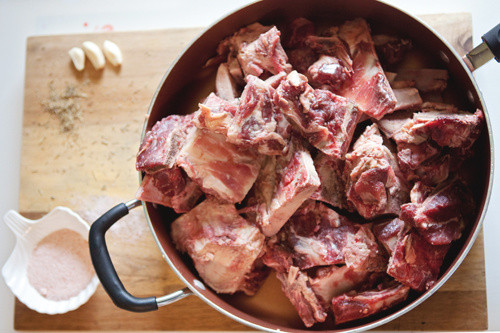 Make the BEST Jambalaya at HOME! 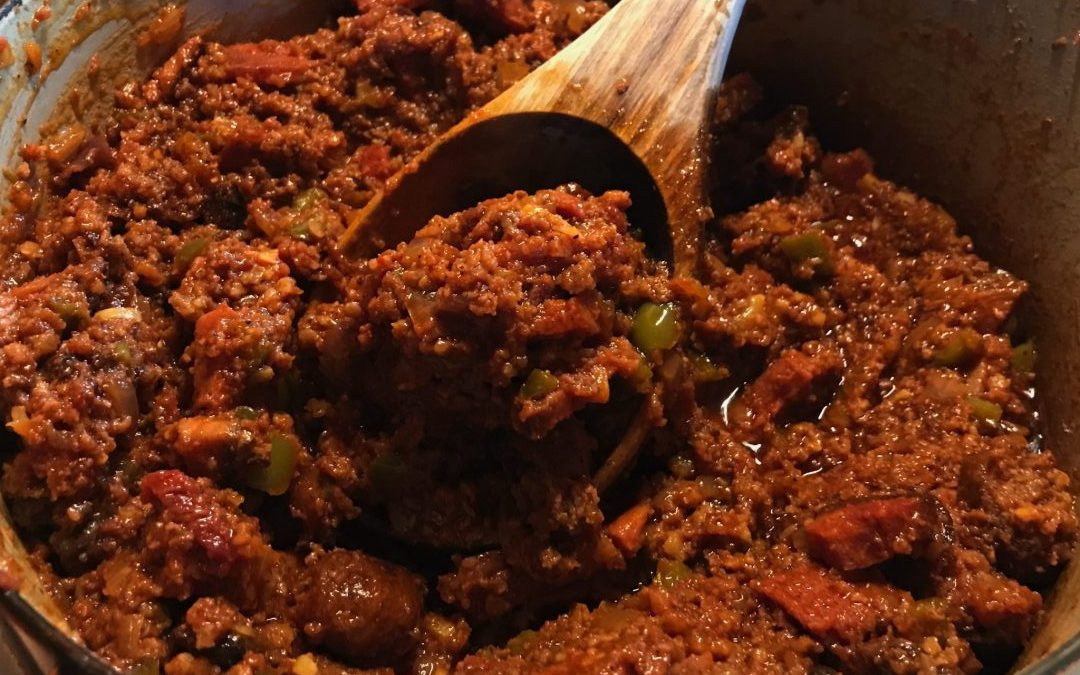