Choose Home Delivery to get your order quickly — OR, order for pickup at one of 20+ locations across VA & NC to stock up with no delivery fee. Just click the CHANGE link on the checkout page!

You ever just, you know, cannot catch a break? I mean, like if it can go wrong, it absolutely does go wrong?

That more or less defined the beginning of this year here on the farm!

Zach kicked us off in January with a Covid infection - requiring us to quarantine for two weeks and to not see Kevin at all during that time. Because of the Covid infection we had to cancel delivery to Northern Virginia. Then we had some snow and ice at the end of January which required postponing that delivery again.

Next, we had the first ice storm. We lost power and water for nearly five days. A customer was generous enough to loan us his generator to power the meat freezers. The house was cold, but the meat was safe from defrosting! The animals were allowed to drink out of the creek at this time (gotta do what you gotta do!). 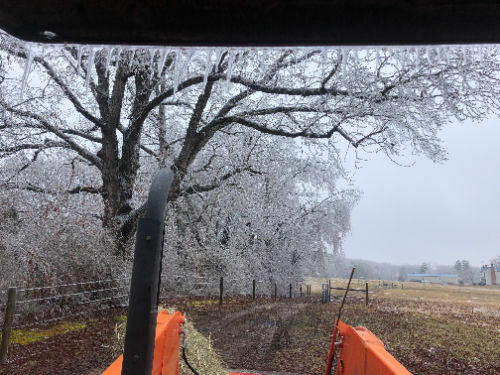 Unfortunately, we lost several lambs to the ice storm - this was the first time in the five years we've raised sheep that we have lost even a single lamb to weather! New lambs just can't handle being born into both wet and cold weather. They are normally very hearty, but the wet and cold combo was just bad.

The second ice storm hit hard on the heels of the first and we still weren't done cleaning up the mess of downed trees and branches on the fence from the first ice storm. We re-prioritized and rounded up the sheep and moved them to the new farm (to be referred to as FD2 from now on). It wasn't officially our farm yet, but we put the sheep and lambs into the equipment shed there until we were clear from the second storm. Fortunately, ice storm number two wasn't so bad as the first one, thank goodness.

While the sheep were over at FD2, the dogs were riding back and fourth with me to check and water the sheep. We had a new livestock guardian dog puppy, Hank, at the time. Poor Hank ran right under the tire of my truck, literally in the driveway. That was a terrible experience - poor Hank was dead within about a minute and a half - there was absolutely nothing I could do for him!

Meanwhile, we had a contract on the farm that we just purchased (since August 2020!!!). The loan approval process was, well, slow and stressful, near the end the seller told us that if we did not close by the last day of March he would sell to another buyer who had made an offer!

We did finally close on the new farm, FD2, but, not two weeks later the house on that property suffered an electrical fire in the middle of the night!! No one was hurt, but the house is not currently habitable and is awaiting repairs - one more thing to take care of! 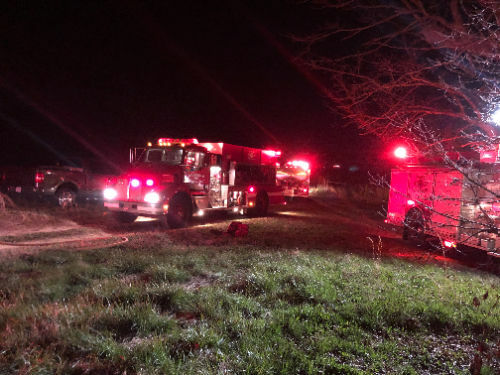 The very next night after I was up all night with the house fire, Z ran the drill into his hand and off we ran to the ER, where we spent the night.

By Wednesday that week I was a nonfunctioning zombie.

Meanwhile, since we closed on FD2, all of my spare time has been spent building fence on the new farm as there were some serious holes in the perimeter which had been allowing the escape of the previous owner's cattle! Zach, Maya, George, Jack and my Dad have been very helpful on the fencing! Thank you all!

The worst of the fence building is done at FD2 and now it's time to work my way through the woods and take a good hard look at the rest of the fence (it's several miles yet to review... ). The cows are already finding holes - neighbors reported a cow on the road just a couple of days ago! I think (hope) I patched that hole this morning.

But back to catching a break. I try hard not to focus on the bad things - if I did I wouldn't last long at this farming thing. In fact I sometimes think that I shouldn't tell folks about some of my terrible farming experiences, and I'm honestly not telling you because I want your sympathy. I'm telling you because I believe that you are interested in knowing more about REAL farm life. And believe me, it gets REAL sometimes...

But, I LOVE what I do! I cannot imagine doing anything else now.

Things get done on the farm little by little and lots of good things have happened this year as well.

I have a lot to be thankful for:

We closed on FD2!

Sales are strong and we've met a lot of fantastic new people through our delivery routes and the farm store. If you've met me or Kevin, you know we are proud of our farm and how much we like to talk about it, a lot.

My dad came for a visit and helped with a lot of things that needed doing around here.

Zach's friend Sawyer spent a week here helping out on the farm.

Kevin has had a little bit of time off his job - and that's time that we treasure as a family. We look forward to spending a few weeks with him off work very soon - I can't wait!

The weather has been beautiful!

Best of all, cows are calving!!! 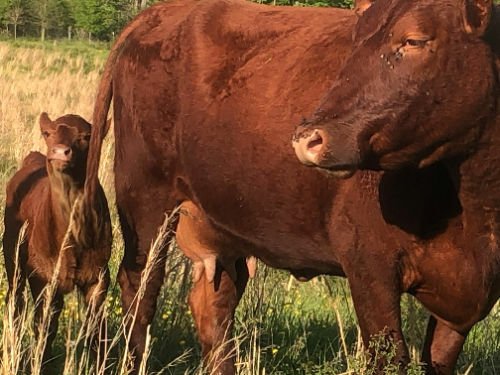 The last couple of weeks have been an absolute pleasure and I think I've caught my break. I am in fact hoping for smooth sailing through the next few months! After all, I think I deserve it.

You see? it's easy to find the bright side when you look! So, maybe I never really needed to catch a break. Maybe I just needed to focus on the good things - looking back at the beginning of this year it already seems better!

I'll finish by thanking you for your support! We couldn't do this without you!

If you're ever in the area, stop by and say "Hi!" Maybe take a tour.

How We Pack Orders for Home Delivery 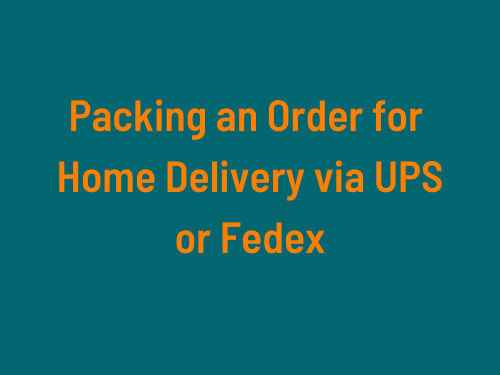 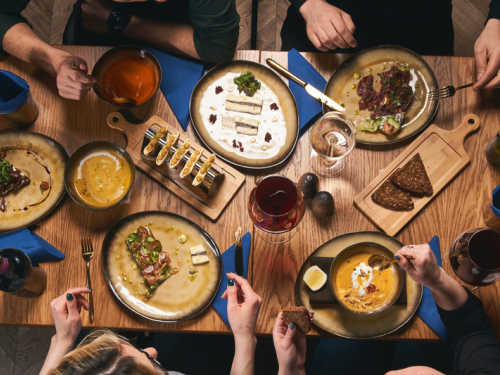 How Much Meat Should You Eat? 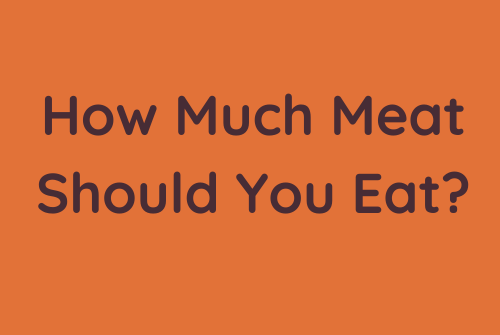